San Jose Catedral at Central Park of Antigua, built in 1541

about Costa Rica, Guatemala, Honduras, Cuba, Mexico, Nicaragua to Panama leads you this coffee travel.
The "coffee-finder" to accompany you in search of your favorite coffee.

The coffee farming plays in most countries in Latin America and the Caribbean islands in economic and trade an important role. This region, along with Hawaii, provides about 20% of globally marketed green coffee. Hawaii is the only coffee-producing state in the US. On the plantations of Central America almost exclusively grown Arabica coffee plants. In some countries, even the cultivation of Canephora / Robusta is not allowed.

Honduras is currently the largest coffee producer in Latin America. There, and in the west, bordering Guatemala Region Copán grow high-quality highland coffees.

In recent years, plantations had throughout Latin America an unusually strong attack by Roja, a fungus which brings to a halt the metabolism in the coffee plant. This led to the loss of entire plantations and growing regions, creating a significant economic power was lost in the terminal. At the strong spread of Roja is, according to climate scientists, "El Niño" (the occurrence of unusual, non-cyclic, altered flows in the oceanographic-meteorological system of the equatorial Pacific), to blame. Even today, the Roja is fought throughout Latin America. 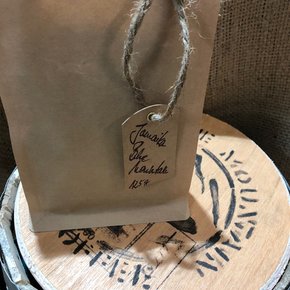